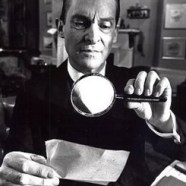 Another Tick (Tock) off the list – Surviving a Locked Room Experience

Posted by mybiggeekadventure on March 9, 2016 in Geek Adventure, Scotland | 1 Comment

Sherlock Holmes.  Miss Marple.  Jessica Fletcher.  Hercule Poirot.  They ain’t got nothing on me!

If you are unaware of the phenomenon of ‘live escape’ games, let me fill you in.  You arrive at a nondescript office block (wondering if you are in the right place), where you are ushered into a room set up with clues and have only an hour to solve them in order to unlock the door and escape.  Think the Crystal Maze but longer and with no Richard O’Brien jumping around like a crazed goblin.

Unlock the door within the allotted time, you can claim victory and say your name in the same breath as the legends above.  Fail and you have to hang your head in shame, knowing you will forever be the sidekick rather than the master sleuth.

Last weekend, Husband and I met up with our friends, Lisa and Gary, to try and outwit the room at Tick Tock Unlock, Glasgow.  All four of us didn’t know what to expect but were all up for the challenge and ready to get our detective on. 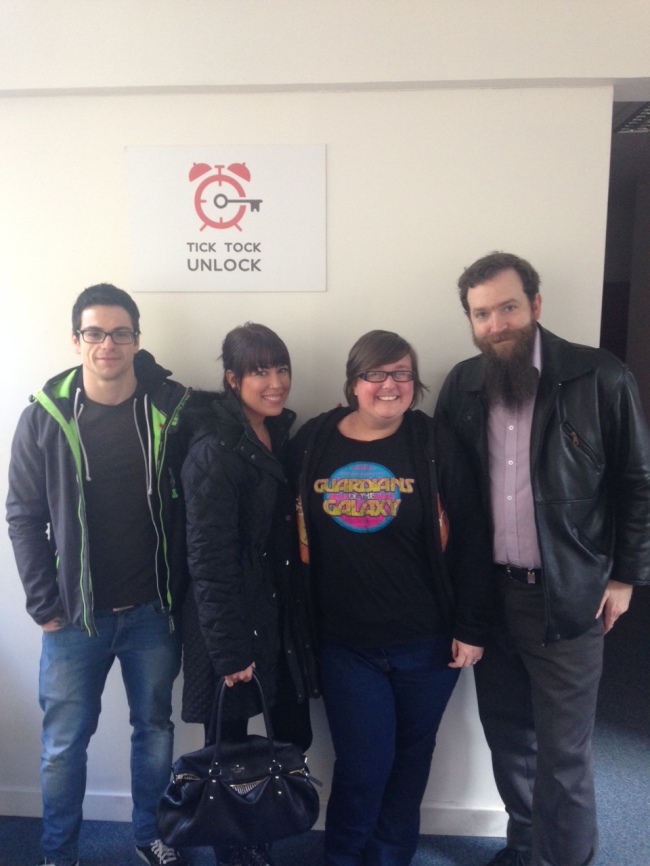 Does this look like a group who could solve the most fiendish of clues?

After an introduction and some house rules from a lovely chap called Rory, we were ushered into the room and the clock started ticking.  The room itself was set up like an office and the key to everything was solving the clues and unlocking the various locks until you managed to work your way out of the room. Simple right?

WRONG!  I don’t want to spoil anything for you of course but some of the clues were fiendish.  It was lovely to work closely with my friends to figure it all out (I must admit I had to rein in my slight competitive/bossy streak in an effort to not drive everyone crazy) and I was amazed at how our brains are wired so differently.  Some of the clues I would have NEVER worked out if I’d been locked in the room for a week, while others made sense to my logical brain.

The most important piece of the puzzle though……did we make it out before the hour was up?

I’m pleased to say the answer is YES, we made it out with just under three minutes to spare!  What a rush!  My brain felt like it could rob a bank, invent time travel and solve the mysteries of the universe all at the same time.  And more importantly, I had crossed another item off the list.

If you are looking for a fun way to spend an afternoon with friends, I would thoroughly recommend Tick Tock Unlock* in Glasgow.